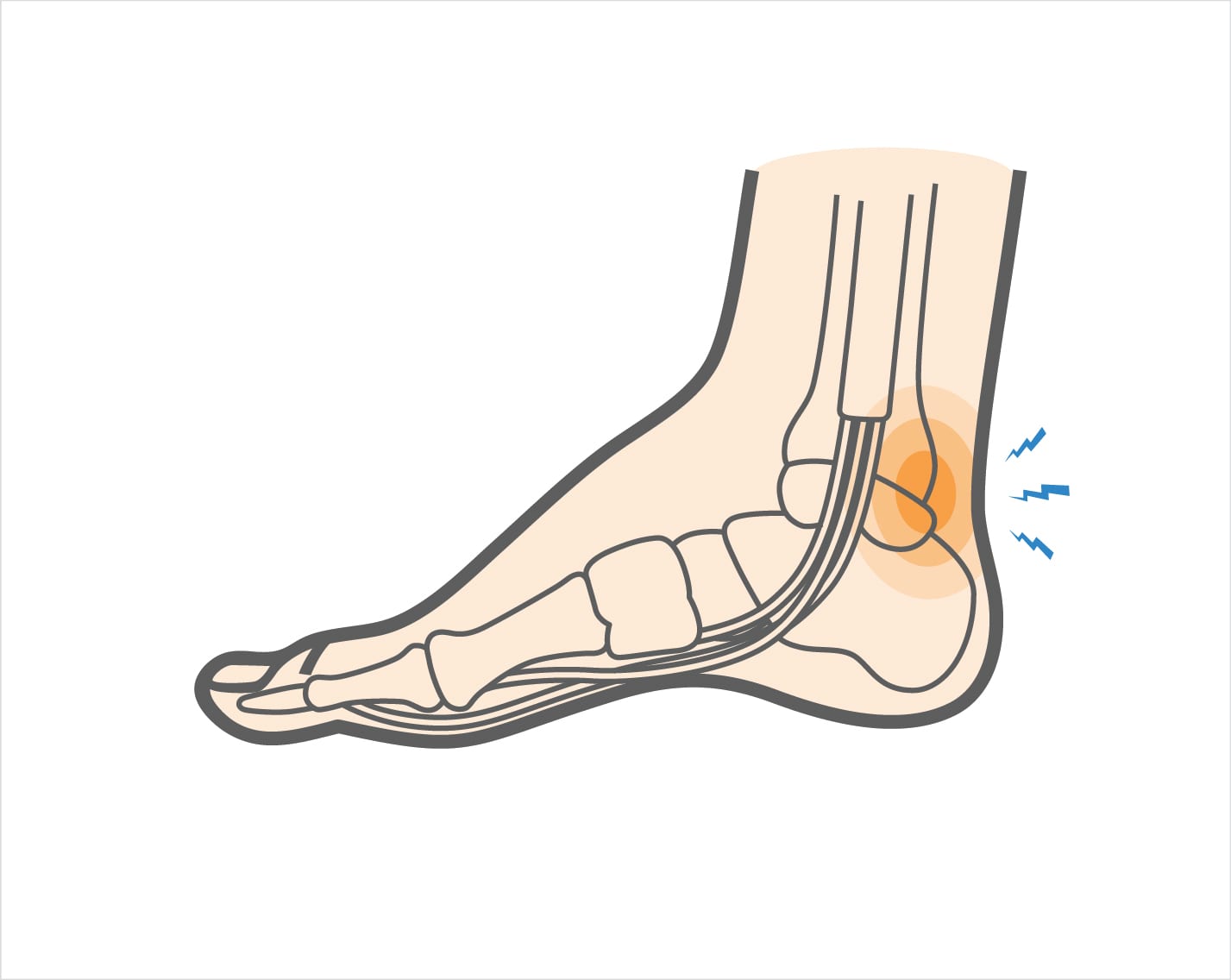 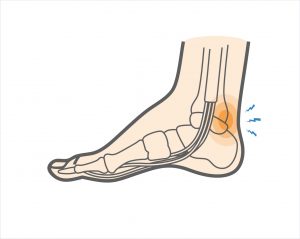 Posterior ankle impingement is a condition characterised by tissue damage at the back of
the ankle joint due to compression of these structures. This occurs when the foot and ankle
are pointed maximally away from the body (plantarflexion – figure 1. ). It may occur when
compressive forces are too repetitive and/or too forceful. This can occurs in the presence of
ankle swelling or bony anomalies, such as additional bone, a condition known as an “os
trigonum”. Posterior ankle impingement is most commonly found in gymnasts, ballet
dancers, and footballers, because they regularly maximally plantarflex their ankles during
their activities. The condition can also occur due to inadequate rehabilitation of an acute
ankle injury (ie. ankle sprain).

Posterior ankle impingement may develop due to an acute traumatic plantar hyperflexion
event, such as an ankle sprain. It may also occur as a result of repetitive low-grade trauma
associated with plantar hyperflexion, say like in case of a female ballet dancer. It is
important to differentiate between these two, because the latter, that is posterior
impingement from overuse, has a better prognosis.
The anatomy of the posterior ankle is a key factor in the occurrence of posterior
impingement syndrome . The more common causes of the condition are osseous in nature,
such as the os trigonum, an elongated posterolateral tubercle of the talus (known as
Stieda’s process), a downward sloping posterior lip of the tibia, an osteophyte from the
posterior distal tibia , or a prominent posterior process of the calcaneus. However, posterior
impingement can also be soft tissue related, as with a thickened posterior joint capsule ,
post-traumatic scar tissue, post-traumatic calcifications of the posterior joint capsule, or
loose bodies in the posterior part of the ankle joint. Symptoms for all of these conditions
relate to physical impingement of osseous or soft tissue structures, resulting in painful
limitation of the full range of ankle movement.
The most common cause &#39;&#39;os trigonum&#39;&#39; is an extra (accessory) bone that sometimes
develops behind the ankle bone (talus). The mineralized os trigonum appears between the
ages of 7 and 13 years and usually fuses with the talus within 1 year, forming the trigonal
(Stieda) process. It may remain as a separate ossicle in 7-14% of patients, and is often
bilateral(in both ankles). An os trigonum can be a focus of osseous abutment against other
structures. Pain can also be caused by disruption of the cartilaginous synchondrosis
between the os trigonum and the lateral talar tubercle as a result of repetitive microtrauma
and chronic inflammation.
In the case of soft tissue impingement it usually results from scarring and fibrosis associated
with synovial, capsular, or ligamentous injury ie. bad ankle sprain. It is thought that this
type of manifestation usually usually occurs when a significant soft-tissue component
forms. The soft-tissue component can consist of synovial thickening throughout the
posterior capsule or be more focal, involving the posterior intermalleolar or talofibular ligament. The flexor hallucis longus tendon runs in the groove between the lateral and
medial processes of the talus and can also be injured in posterior impingement, resulting in
tenosynovitis.

Patients who have posterior impingement complain of chronic deep posterior ankle pain
worsened by forced plantar flexion or push-off forces as occur during activities such as
ballet dancing, jumping, or running downhill. In some patients, forced dorsiflexion(opposite
to plantarflexion) is also painful. Physical examination reveals pain on palpation over the posterolateral talar process, which is located along the posterolateral aspect of the ankle between the Achilles and peroneal
tendons . Passive forced plantar flexion results in pain and often a grinding
sensation as the posterolateral talar process is entrapped between the posterior tibia and
calcaneus.

A thorough examination by an experienced practitioner may be all that is necessary to
diagnose posterior ankle impingement. Further investigations such as an X-ray, MRI, CT scan
or Ultrasound may help confirm diagnosis.

Physiotherapist in Tralee, Co. Kerry………..Phone 0867700191 to make an appointment or discuss your condition.