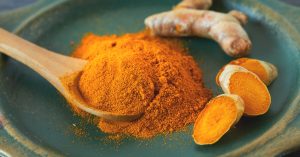 There are plenty advertisements for supplements like glucosamine and chondroitin claiming they will reduce inflammation and even rebuild cartilage etc. Most of these supplements have absolutely no evidence to back their claims, or they promote a few poorly carried out studies sponsored by the manufacturers. Three foods with quiet an amount of published scientific studies substantiating their usefulness as natural anti-inflammatories are turmeric, ginger and cinnamon.

Turmeric is a brilliant yellow spice commonly used in Indian cuisine and found in any grocery store. It is the curcumin in turmeric that has the anti-inflammatory properties.  You need a small amount of black pepper and fat in your food also to help with its absorption. Ginger is a zesty spice used in many cuisines. You can buy it powdered or as a fresh root in most supermarkets. Cinnamon is a popular spice often used to flavor baked treats. It is  better to use ceylon cinnamon rather than cassia cinnamon as the casia version is higher in toxins. These three spices have been used as medicines for centuries .  You can use all three(ginger, turmeric, cinnamon) in powder form, preferably organic.

Here is a little recipe that I got from the internet  and it actually  tastes quiet pleasant. Turmeric can be hard to eat unless it is hidden in a curry or a soup or something like that to mask the earthy flavor, but this recipe softens its taste.

half teaspoon of ginger powder

half teaspoon of cinnamon powder

1 to 2 dessertspoons of honey

Blend it all up and drink. You would need to drink this daily to reduce inflammation.

Do the research online yourself and make up your own mind. Don’t use ”Google” as this fires everything at you both true and untrue. Key in ”Google Scholar”. This brings up a sub-site of Google which is more evidence based and shows all the scientific publications on your search.